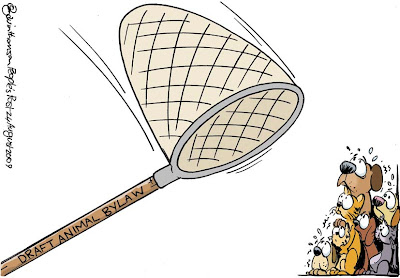 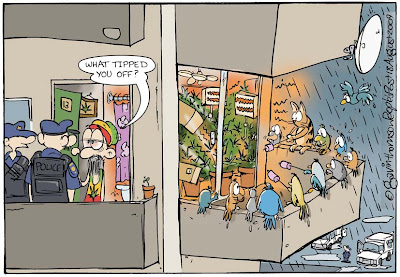 POLICE got more than they bargained for when they raided a Southfield flat after a tip off about suspected drug dealing.
After keeping the house under observation, the police pounced – and found a mini hothouse set up in the bathroom and high-quality dagga worth R450 000 drying in a cupboard.
The bathroom had been fitted with electric fans, and the walls were covered in foil to make the plants grow faster, says Inspector Keith Chandler, spokesperson for Diep River Police Station.
“The equipment inside the bathroom was expensive, and we could see this guy knows exactly what he is doing,” says Chandler.
During the 10 August raid, police seized 30 large pots containing metre-tall mature dagga plants, which had been growing in the bathroom. They also fund a stash of high-quality dagga, with “heads” over 40cm long, drying in a cupboard.
They also confiscated heaters, grow lights and air conditioning equipment worth a further R100 000.
“He was probably drying the dagga out in order for it to be sold or transported somewhere,” Chandler added.
A 29-year-old man was arrested on the scene, is currently being detained at Diep River Police Station.

drugs can make you do stupid things 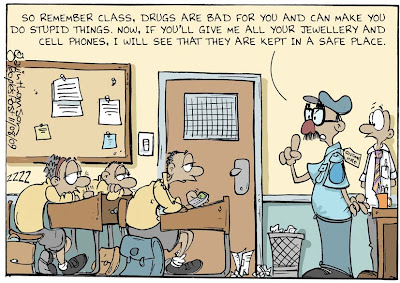 Thief disguised as police official makes off with cell phones and jewellery
It has come to the attention of this office that a male person aged 30s dressed in police uniform visited some of the schools in Mitchells Plain under the false pretence of speaking to the children about drugs.
Once he has gained access to the classroom, he then changes the subject to cell phones and then requests all the children to hand in their cell phones and jewellery, under the pretence that he is going to hand the items in at the school safe. He then disappears with the property. A charge has been registered.
Mitchell Plain Police wishes to inform all schools about the modus of this fraudster. We advise that when schools are approached by unknown persons claiming to be police officials, they need to obtain the persons identity documents and contact the police stations human resources office for verification at (021) 370–1600.
at Tuesday, August 11, 2009 No comments: 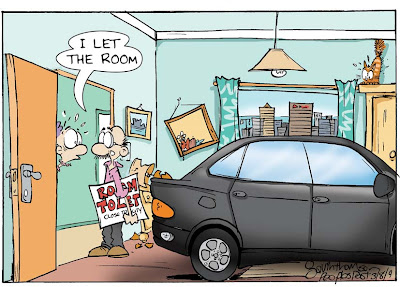 Editorial cartoon People's Post 04 August 2009
City parking mayhem
Henry booysen
CAPE TOWN is officially the most expensive city in which to park in South Africa, but even the CBD’s highest rates are chicken feed compared to what people are prepared to pay for a parking spot on the Atlantic Seaboard’s Platinum Mile.
While motorists were upset when parking in the CBD shot up to R8,20 an hour recently, parking bays in Clifton go for the price of a house in some middle-class suburbs.
Last month two undercover parking bays – one in Eventide and the other in Whitecliffs on the Clifton beachfront – were sold for a whopping R580 000 and R750 000 respectively.
“Land in Clifton is all privately-owned, and parking spaces are highly-sought after, so people pay huge sums of money when a space opens up,” says Pam Golding’s Basil Oritos, who made the sales.
Those prices are far from the record price of R2 million paid for an 18m² garage – R111 000 per square metre – in the same area in January 2008. cont....
at Tuesday, August 04, 2009 No comments: